I got struck by lightning.

A fiercely powerful thunderstorm hit the farm just over a week ago.

Not everyone knows that not all of Oregon is a lush, green oasis of foliage like that of the Willamette Valley. It’s not. Central Oregon is known as the High Desert and on our farm, the only areas that are remotely green are the ones well irrigated. The rest is covered with dried grasses, giant sagebrush and scattered, water-sucking juniper trees. By late July, 40% of our land is a tinderbox. 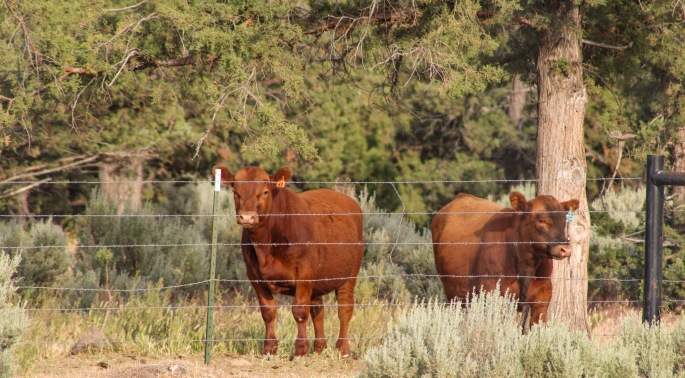 Complicating the issue further, our dry-land also has no access to water. More than once, flames have threatened our home, our animals and our livelihood.  It happens so often, in fact, that we have proactively purchased a water trailer to keep on hand for such emergencies. We need to be ready to help ourselves because any 911 call is 20-30 minutes out. 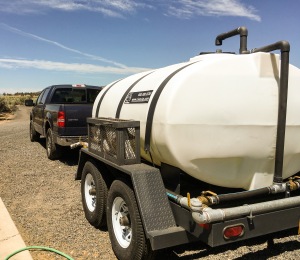 I watched the thunderstorm roll in. I began to worry when I started to see bolts of lightning hit the ground. Sometimes we get lucky with cloud to cloud strikes. This wasn’t that day. More concerning were the little puffs of black smoke each strike was leaving in its path. Fire.

At approximately the same moment, the dusty edge of a microburst was within sight.  Hail began to sputter. I waited with binoculars for the telltale puff of black smoke.  There it was. Damn it.  I texted my husband, “We’re hit and we’ve got a fire.”

I loaded up our three crazy canines into my car and took off towards the back of our property where I thought the fire might be. We have 1 rural fire department and clearly, they were busy tackling fires on a nearby butte. I needed to know exactly where the fire was and the quickest access roads.

By the time I got to the back gate; winds, hail and giant rain drops were ravaging. We’d gone from nearly 100 degrees to about 70 degrees in less than 10 minutes. I could still make out whiffs of black smoke fanned within the brown dust blowing across the fields like a sandstorm.

I stepped out of the vehicle just as the torrential deluge began. The gate was locked. I needed to get through it to make my way up the hillside to find the fire. It’s a combination lock and I remember getting the first number entered, I was on the second number when I felt the unmistakable vibration of electrical voltage hit my right thumb. Then I heard the crack of lightning. In an instant I felt it blast out my left forearm and thumb as I was thrown back three feet from the gate.

I wish I could tell you that I had some deep, philosophical epiphany or some awe-inspiring, spiritual rebirth like that of the mythical Phoenix, but no — the only vision that popped into my head was that of TNCC and ACLS algorithms used to save lives in the emergency room. I looked for burns to makes sure I wasn’t on fire and then I traced the electrical path to assess vital organs that may have been affected.

“Crap. My heart. I have approximately 3 breaths left before I’m unconscious and there’s not a soul within miles to do CPR.”

I took my pulse. Although racing, it was present. I got into my car and sat there in disbelief. Lightning must have hit the fence and zapped me through the lock. My thumbs were still tingling so I knew it had to be real but how could I still be alive?

The rain had filled the ditch and turned the road I was on into a mud bog. We had more rain in 20 minutes than we’d had in the past 4 months. I found myself in a surreal world of deadly challenges. I was still in a lightning storm. Our property was still on fire. The road I needed to get out on was in the process of being washed out. I’d likely just had an electrical bolt of unknown strength go right through my heart.

Thoughts that my husband could have found me dead or that my little nephew could have still been with me when this happened overwhelmed me for a moment. 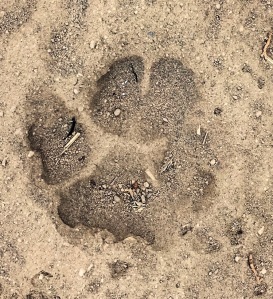 Rattlesnakes, cougar tracks, wild coyote packs tormenting newborn calves, the fires that have almost cost us everything, poachers leaving gut-shot fawns to rot to death in our fields, hopelessly performing CPR on a stillborn calf in puddles of near frozen mud and afterbirth, being buried in 5 foot snowdrifts trying to get in and out of our home in the winter, the incessant rodent pilferings of my home, my vehicles, my lawn, my garden – and now, I get hit by f-ing lightning?!!

I’ve learned over time that my brain almost instantly transforms fear into anger. I don’t get scared, I get mad and at this moment, I was madder than hell that I’d ever left the happy little subdivision I’d grown up in and traded it all for this constantly-testing-me-to-my-wits-end farm. Angry tears spilled over. I just wanted to go home — the home my twelve year old self felt so safe and secure in, where nothing like this could possibly happen.

My wallow through self-pity was short-lived. It had to be. My road was disappearing. I put my SUV in 4WD low, said a quick prayer and thanked our local Les Schwab tire dealership under my breath for selling me some of the best mud and snow tires I’d ever owned — and I slowly crawled through the newly formed creek, where I thought the road once existed.

My phone got cell service around the last turn and my husband began calling.  I couldn’t take a hand off the wheel to answer. Honestly, I was likely still shaking too bad to push the buttons of my phone anyway. I met him at our tree line. He was geared with the water trailer and quite annoyed that I hadn’t answered.

There’s no way to gently tell someone to shut the hell up because you’ve just been hit by lightning and you need a minute to refocus. Nope. Pretty sure it came out just like that; followed by, “Do NOT get out of your truck!” and “If the rain didn’t put the fire out, let it burn. I’m done!”

A week later, I’m just grateful to be alive. My thumbs and forearm still ache but my vital organs have continued to function as if nothing happened. Yes, I’m freakishly lucky. Kind of. Most people don’t get struck in the first place.

There is a deeper story here. I’m not the first person in my family to survive a lightning strike. Someday, I’ll be able to laugh and tell that story but today isn’t that day. Maybe when my thumbs stop reminding me how close I came to my own funeral.

The storm blew over leaving a beautiful rainbow in its wake. My husband coaxed me out of the house later that night to go on an ATV ride to assess damage left behind. There’s something to getting back on the horse after getting bucked off. The longer it takes to face a fear, the bigger that fear can get. So even though it was the last place on the planet I wanted to be, I went.

And I’m Glad did.  The rain had put the fires out. The view was beautiful. We saw a group of young bachelor bucks hanging out, munching on alfalfa and I found myself once again grateful to be blessed as a caretaker of this beautiful land.