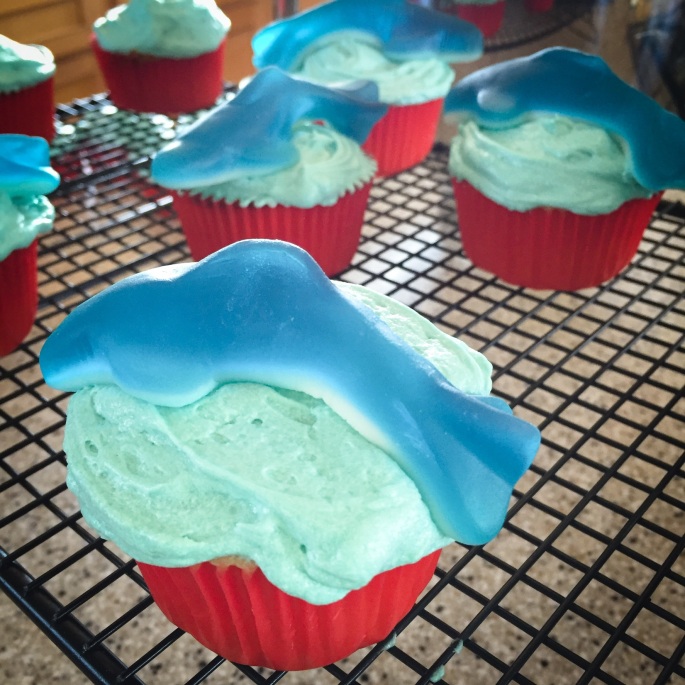 I get asked all the time: “Hey, what’s your thing with Shark Week?”  This is the story behind it.

It was circa 1995. I had 4 partially impacted wisdom teeth cracked out of my skull. Armed only with ice packs, ibuprofen and a Costco sized box of popsicles, I settled deep into the pillows of my futon and clicked the remote control. This is how Discovery’s Shark Week and I were introduced. I spent the next few days completely enthralled in ocean documentaries focusing on sharks. It fed my not-so-inner nerd with marine science. It fueled the adrenaline freak in me with survival stories. It helped the time pass quickly as I healed over the next few days.

A year later I found myself on that same futon, this time recovering from the sharp slices of a surgical knife. Was the timing coincidence or fate? We’ll never know for sure, but what remains undisputed is that reaching for the remote the second time, changed my course. Discovery’s Shark Week was again front and center on my TV and this time, I was hooked.

I’ve watched the programming evolve over the years. I’ve watched the young marine biologists and cinematographers advance through their careers. I’ve watched programming leaps as technology advanced. I’ve cringed as commercialism pushed Shark Week into mockumentaries, sharknadoes and filmmakers put retired athletes into shark cages for nothing more than an attempt to bump ratings.

Shark Week is a tradition in our home and the tradition inevitably spilled over into the lives of the littles around me. It’s the one time of year we get to celebrate science, marine biology, amazing cinematography, survival stories and some jawsome great white breaches. We brush up on our shark facts. We out shark each other. We pun. We shark premiere. We shark the entire week up with cheesy jokes and saved spectacular “must see and repeat” TV moments. It’s the one week out of the year that natural selection dominates and after many nights of cheating Darwin in a busy ER, there is a quiet satisfaction in watching the ocean’s apex predator dominate.

In short, it’s a nerd thing. And sharks are just really cool. 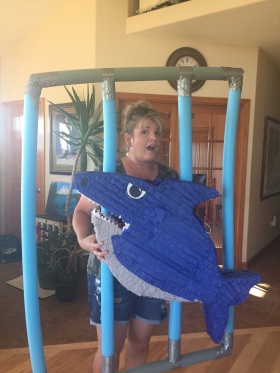 “I love when a plan comes together!” 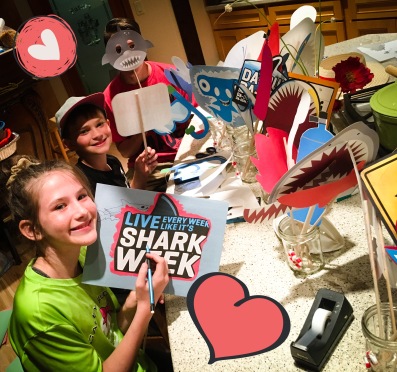 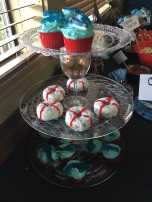